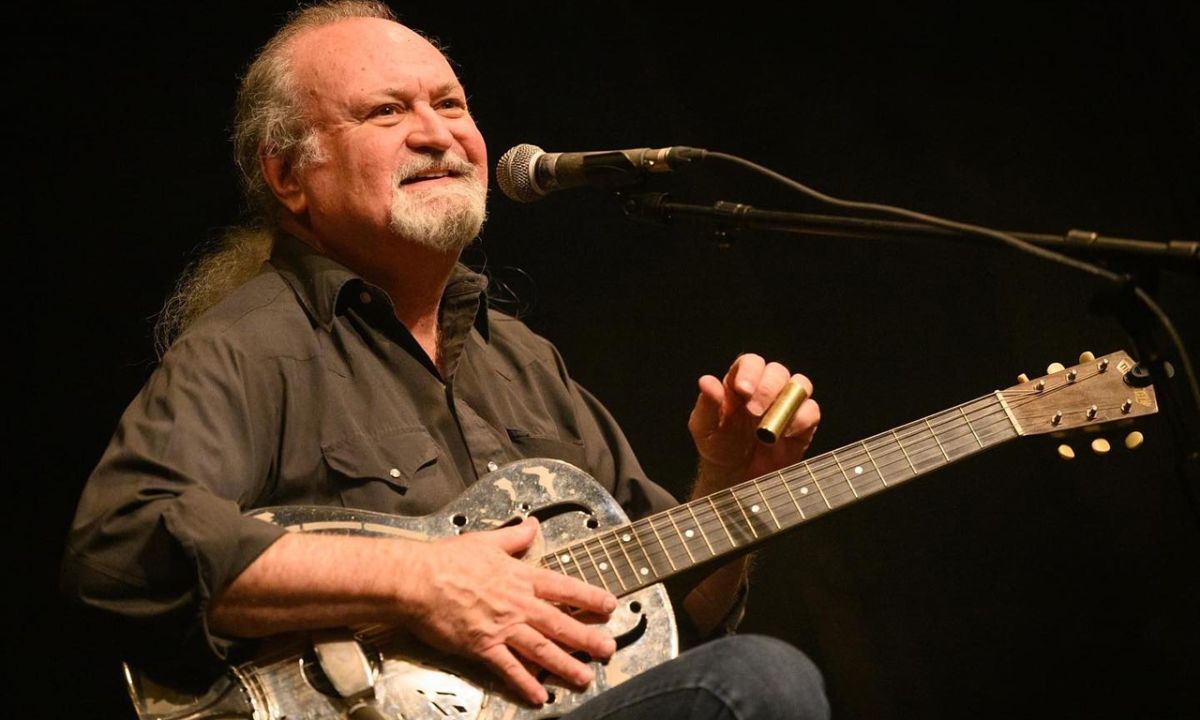 Georgia troubadour Tinsley Ellis has been immersed in music his whole life. Born in Atlanta 1957 and raised in southern Florida, he acquired his first guitar at age seven, inspired by seeing The Beatles perform on The Ed Sullivan Show. Like many kids his age, Ellis discovered the blues through the back door of British Invasion bands like The Yardbirds, Cream and The Rolling Stones as well as Southern rockers like the Allman Brothers Band. 20 albums (and millions of miles traveled) later on record labels such as Alligator and Capricorn, Ellis has become an elder statesman of the blues world.

With his new project Tinsley Ellis – Acoustic Songs And Stories, Ellis performs many of his most popular songs (plus delta blues and classics by artists like Gregg Allman, Bob Dylan and Leo Kottke) on his 1937 National Steel and 1969 Martin D-35. Ellis weaves the music together with interesting and sometimes ribald stories from over 40 years of a life spent on stages and in motels and truck stops. Ellis shows no signs of slowing down and is headed your way with his newest and perhaps most unique project.