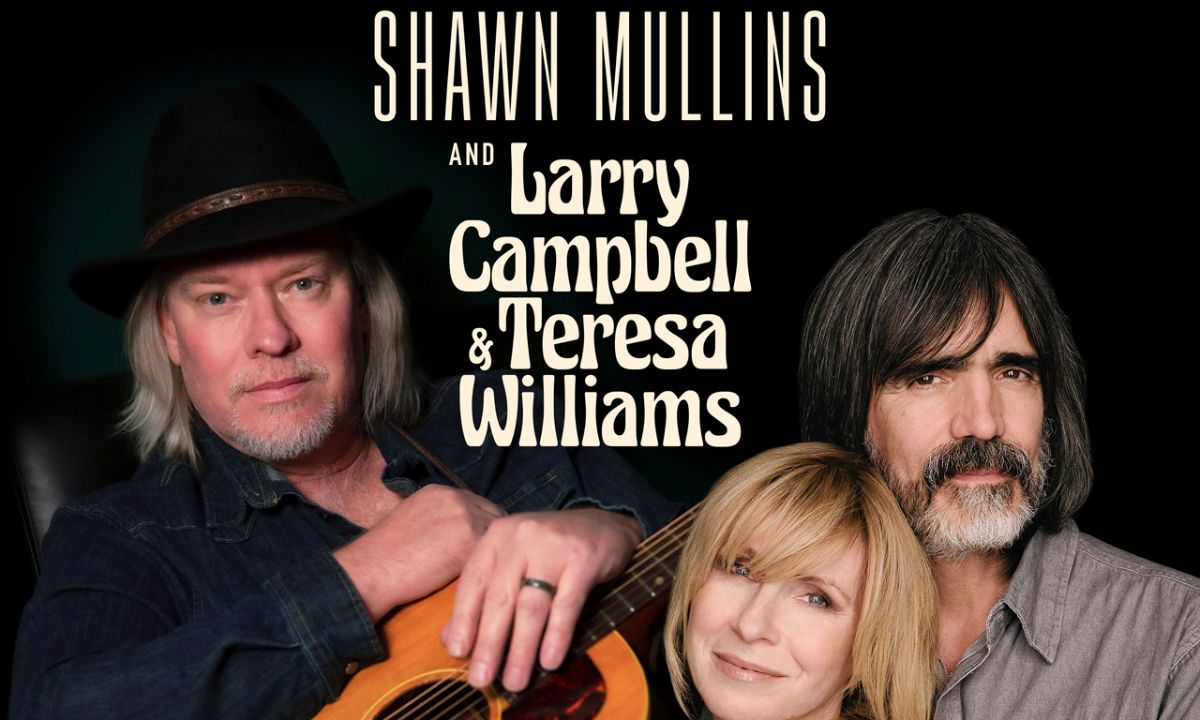 SHAWN MULLINS
After a series of indie record releases, Shawn Mullins’ critical breakthrough came when 1998 Soul’s Core album shot him to fame on the strength of its Grammy-nominated No. 1 hit, “Lullaby” followed by AAA/Americana No. 1 “Beautiful Wreck” from 2006’s 9th Ward Pickin Parlor. His song, “Shimmer” was used in promotion of the 2000 Summer Olympics in Sydney and was included on the Dawson’s Creek soundtrack. He co-wrote “All in My Head” which was featured in episode one of the hit TV sitcom “Scrubs.” Mullins also co-wrote the Zac Brown Band’s No. 1 country tune “Toes.” In early 2002, he formed super group The Thorns with Matthew Sweet and Peter Droge. Mullins’ most recent album My Stupid Heart, was released in 2015, the theme of which, Mullins says, can be summed up most succinctly by the song title, “It All Comes Down To Love,” the guiding force behind just about every song on the album.

Mullins is currently embarking on a recording project in conjunction with the 20th anniversary of the release of his album Soul’s Core, which came out July 17, 1998. He always performs songs from Soul’s Core in his live sets including “Lullaby” (Rockabye), “Gulf of Mexico,” “Twin Rocks Oregon,” “Shimmer” and “Anchored in You”. The song arrangements have evolved through the years as he continues to perform them live and grow as an artist.

Multi-instrumentalist-singer-songwriter Larry Campbell and singer-guitarist Teresa Williams’ acclaimed eponymous 2015 debut, released after seven years of playing in Levon Helm’s band – and frequent guesting with Phil Lesh, Little Feat, Jorma Kaukonen and Jack Casady, brought to the stage the crackling creative energy of a decades-long offstage union. A whirlwind of touring and promo followed, and when the dust cleared, the duo was ready to do it all again. Which brings us to Contraband Love, a riskier slice of Americana.

Larry, who produced Contraband Love, says, “I wanted this record to be a progression, bigger than the first one. That’s all I knew. I wanted the songwriting to be deeper, the arrangements more interesting, the performances more dynamic. Specifically how to get there, I didn’t know. I did know the songs were different. The subject matter was darker than anything else I’ve written.”

“Yeah,” Larry says with a smile. “I’m proud of our debut, but I felt like the songs were lighter than what I’m capable of doing. As a songwriter, I aspire to a sense of uniqueness: this is a great song and it could only have been written by me. I want to get there. It’s a journey, a goal, a pursuit. The mechanics of that pursuit are figuring out what you need to do to surpass your last body of work.”