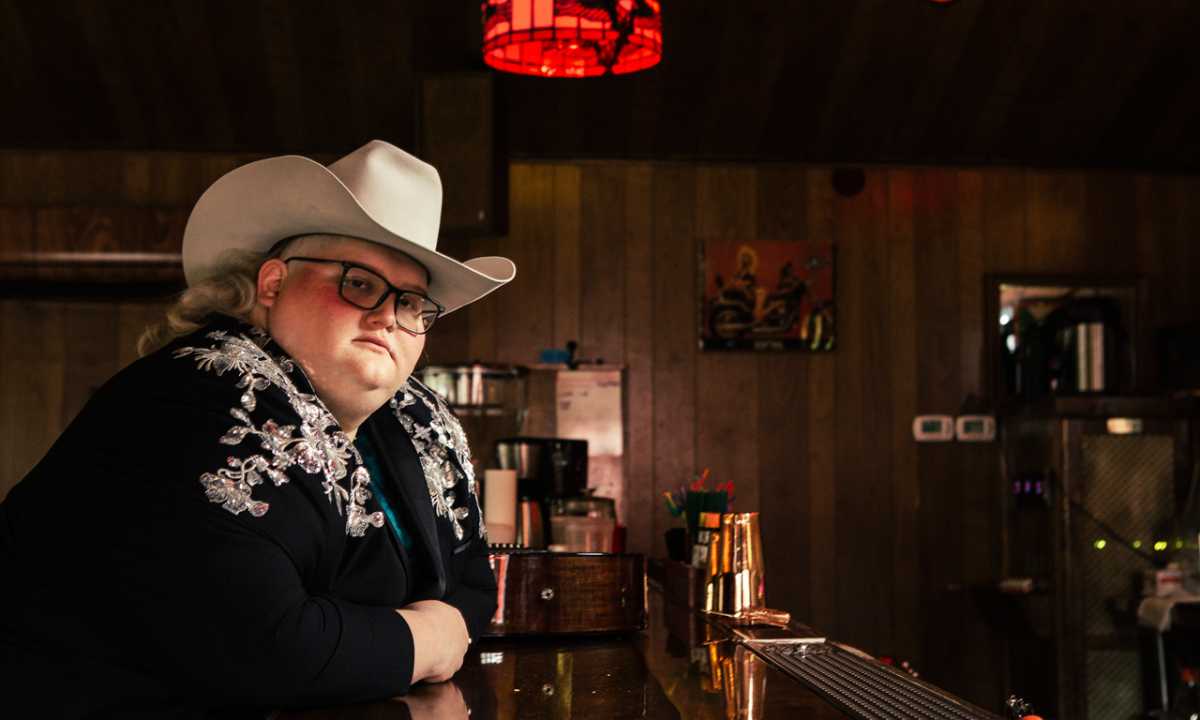 JOSHUA RAY WALKER
On his new album See You Next Time, Texas-bred singer/songwriter Joshua Ray Walker shares an imagined yet truthful portrait of a brokedown honky-tonk and the misfits who call it home: barflies and wannabe cowboys, bleary-eyed dreamers and hopelessly lost souls. His third full-length in three years, the album marks the final installment in a trilogy that originated with Walker’s globally acclaimed 2019 debut Wish You Were Here and its equally lauded follow-up Glad You Made It (the #5 entry on Rolling Stone’s Best Country and Americana Albums of 2020 list).

“The whole idea with the trilogy was to use the honky-tonk as a setting where all these different characters could interact with each other,” says Walker, who drew immense inspiration from the local dive bars he first started sneaking into and gigging at as a teenager growing up in East Dallas. “In my mind, this album’s taking place on the night before the bar closes forever—the songs are just me taking snapshots of that world, and all the moments that happen in it.”

Like its predecessors, See You Next Time came to life at Audio Dallas Recording Studio with producer John Pedigo and a first-rate lineup of musicians, including the likes of pedal-steel player Adam “Ditch” Kurtz and rhythm guitarist Nathan Mongol Wells of Ottoman Turks (the country-punk outfit for which Walker sidelines as lead guitarist). The album’s immaculately crafted but timelessly vital sound provides a prime backdrop for Walker’s storytelling, an element that endlessly blurs the lines between fable-like fiction and personal revelation. “I learned a long time ago that writing from a character’s perspective lets me examine things about myself without ever feeling too self-conscious about it,” he points out. Closely informed by the tremendous loss he’s suffered in recent years, See You Next Time emerges as the most powerful work to date from an extraordinarily gifted songwriter, imbued with equal parts weary pragmatism and the kind of unabashedly romantic spirit that defies all cynicism.

On the album-opening “Dallas Lights,” Walker presents a potent introduction to the vast and sometimes-harrowing emotional terrain of See You Next Time. “I used to hang out in Lower Greenville, which is a neighborhood in Dallas with a lot of homeless people,” he says of the song’s origins. “One of the guys there knew someone who’d passed away and there was nobody to claim the body: no wife, no family, no kinfolk at all. I was really struck by how terrible that was, and over the years it became a song about hometown pride, and wanting to die where you lived.” Anchored by the heartrending fiddle work of Heather Stalling, “Dallas Lights” ultimately lends a bit of glory to that tragedy, its chorus lyrics unfolding as their own resolute prayer (“Lord, don’t bury me deep/Under the sycamore tree/Burn Me/Spread Me/Where the city can be seen”).

VANDOLIERS
Vandoliers are a uniquely Texas band, distilling the Lone Star State’s vast and diverse musical identity into a raucous, breakneck vibe that’s all their own. After spending much of the last three years furiously writing and recording music, this Dallas-Fort Worth six-piece is back with The Vandoliers, a new album that proves these rowdy, rollicking country punks are tighter, more cohesive and more sonically compelling than ever.