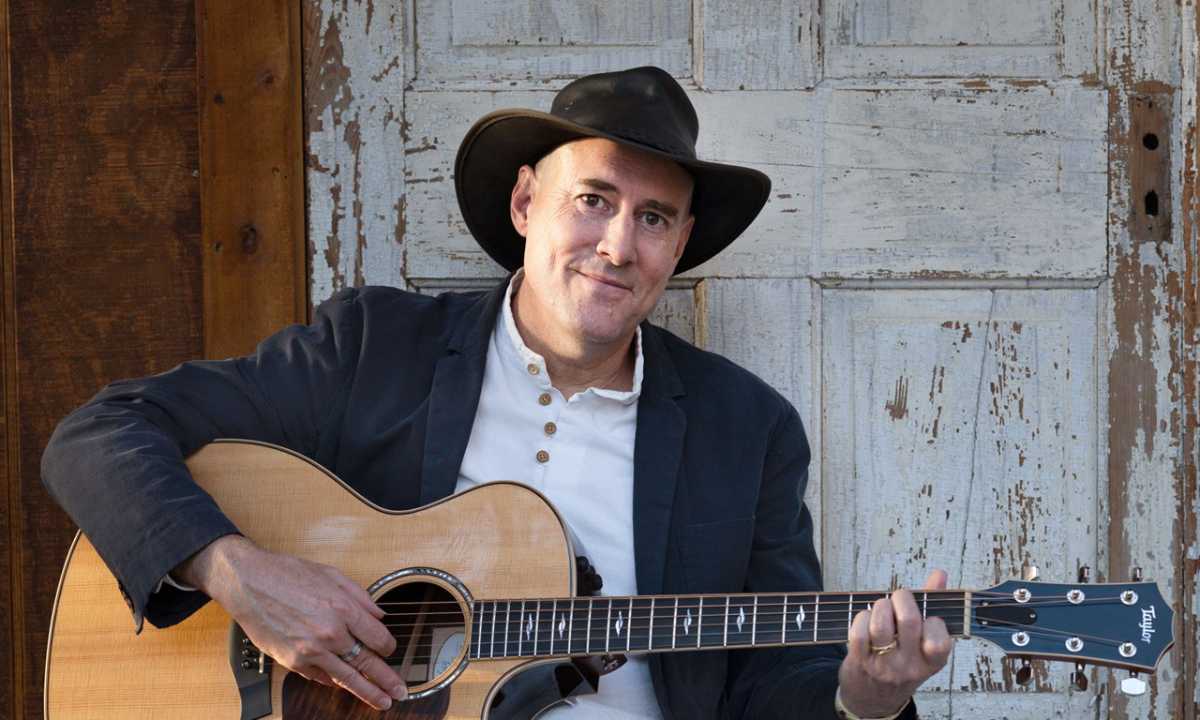 DAVID LAMOTTE
David LaMotte is an award-winning songwriter, speaker and writer. He has performed over 3000 concerts and released thirteen full-length CDs of primarily original music, touring in all of the fifty states, as well as five of the seven continents. The Boston Globe writes that his music “pushes the envelope with challenging lyrics and unusual tunings, but he also pays homage to folk tradition,” while BBC Radio Belfast lauds his “charm, stories, humour, insightful songs, sweet voice and dazzling guitar ability.” His most recent album, Still, was at #4 on the Folk Charts as of August, 2022. LaMotte has appeared as a featured performer at the Kerrville Folk Festival, the Doc and Merle Watson Festival, the National Folk Festival of Australia, and the Auckland Folk Festival in New Zealand, among many others.

His dense speaking and workshop calendar has included presenting at the PC(USA) Mission to the United Nations, keynoting peace conferences in India, Australia, Germany and at the Scottish Parliament, as well as offering the baccalaureate for 2016 graduates of Columbia Seminary. His TEDx talk on what music can teach us about peacemaking is featured on TED.org

LaMotte suspended his eighteen-year music career at its peak in 2008 to pursue his other primary vocation by accepting a Rotary World Peace Fellowship to study International Relations, Peace and Conflict Resolution at the University of Queensland in Brisbane, Australia. As part of that study, he also spent time in rural Andhra Pradesh, India working with a Gandhian development organization.

As a touring artist with an over thirty-year career, LaMotte has developed a large and loyal following. His music has been honored with numerous awards and artist grants, and has been featured on dozens of artist compilations. Notably, his song Dark and Deep was included on Songs Inspired By Literature, Chapter One, a benefit CD to raise money for adult literacy. Other artists on that CD include Suzanne Vega, Grace Slick, Aimee Mann and Bruce Springsteen. Several independent films feature David’s music, and it has been heard on the Today Show and the Showtime television series This American Life.

As a result of his work with schools in Guatemala, he was named a “Madison World Changer” by his undergraduate alma mater, James Madison University, and in 2019, he was awarded an E-chievement Award by the syndicated radio show E-town. David makes his home in Black Mountain, North Carolina, with his wife Deanna and son Mason. He is currently touring again, post-pandemic, hosting a digital community on Patreon.com, writing songs, and writing his next book, tentatively titled, “Harmony: What Music Can Teach Us About Peacemaking In a Troubled Time.”

GABE LEE
Nashville-based songwriter Gabe Lee is becoming increasingly known for his ability to detail the intricacies of everyday life, the small distinctions that leave some on the fringe and others in the mainstream, and the particulars that stick around long after a lover leaves.