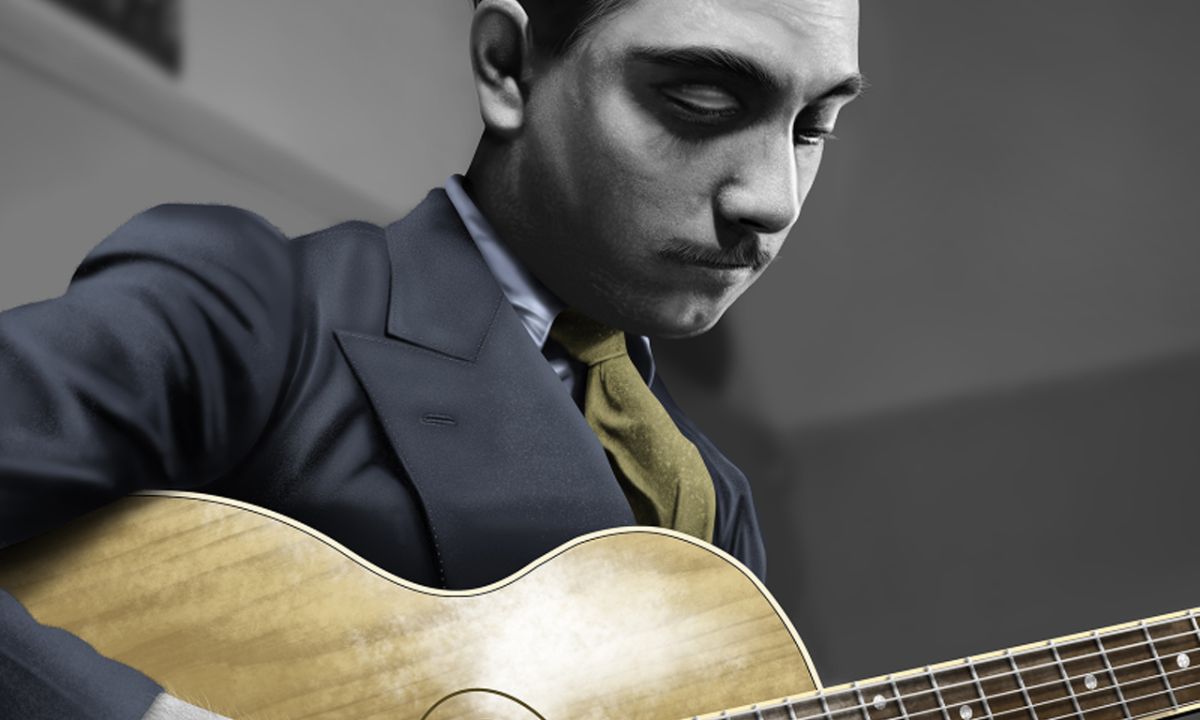 “Russell is not only the most sought after guitarist in New Orleans, he is also one of the finest Django style players in the world!” – Django a Gogo Festival 2022

Russell was recently asked to teach and perform at two of the most prestigious Django festivals in North America – Django a Go Go (2022), and Django in June (2022). Russell’s fourth album, “Acetate Sessions” is a New Orleans’ “Best Traditional Jazz Album” 2019 nominee A mix of originals and classics, It was recorded using acetate masters and vintage recording equipment, to recreate vintage recording sounds, which, according to an Offbeat Magazine review, ”crackle with the energy of youth discovering someplace magical…(and) sound as fresh as tomorrow.”

Gustav Viehmeyer Is an international Composer, musician and guitarist. Gustav has the rare gift of merging soulful pleasures through music. His playing is free spirited, wild, intensely passionate and executed with skillful precision. Gustavs guitar music is rooted in the style of Django Reinhardt, The Sinti Virtuosos and a love for film composition.

A consummate musician’s musician, Daniel Coolik, originally from Atlanta, Georgia, swept into the Lafayette, LA scene in 2009 and quickly added his name to many respectable rosters, loaning his talents to such groups as Cedric Watson & Bijou Creole, Les Malfecteurs, The Red Stick Ramblers, and helped found the GRAMMY nominated band The Revelers. Daniel was already an adept multi-instrumentalist in the Asheville, North Carolina scene where he focused on playing swing and jazz on guitar & mandolin as well as old time Appalachian traditional music, and has since emerged as a violoniste extraordinaire here in Acadiana. His abilities have taken him all over the globe, including Haiti, Thailand, most countries in Western Europe, and Canada. He is an in demand session musician who has played bass, guitar, mandolin, steel guitar, and fiddle on numerous recordings including the most recent release by Shovels and Rope (By Blood 2019).