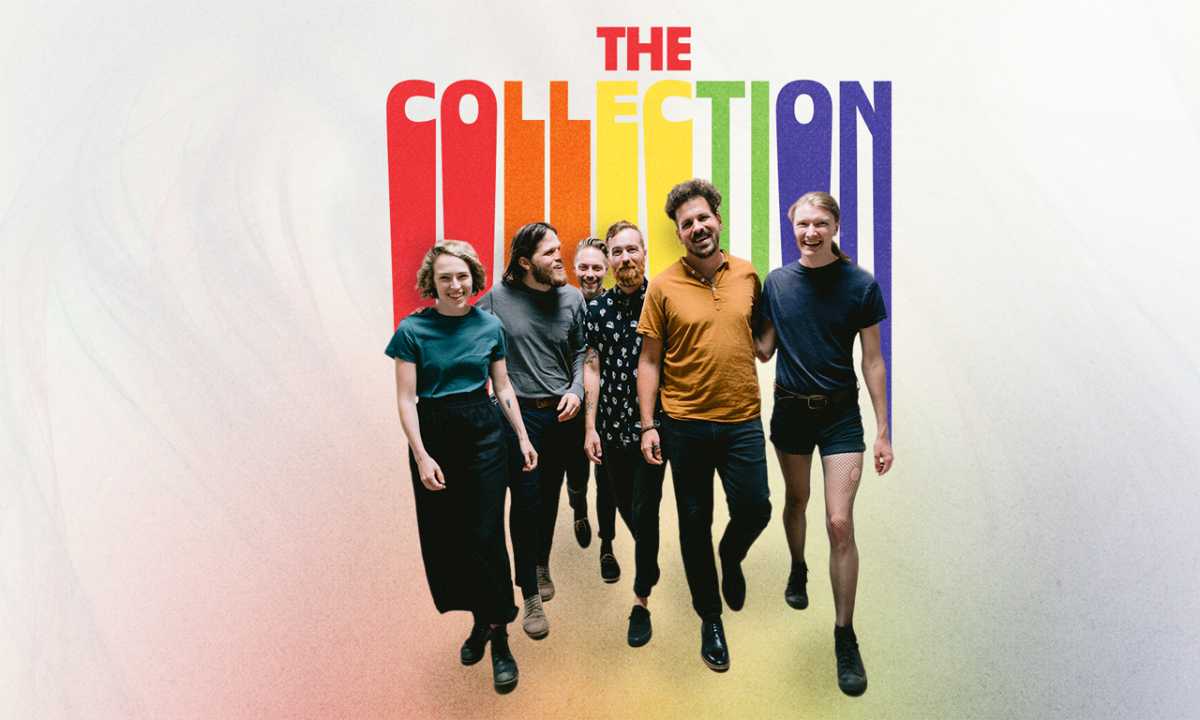 When we lean on one another, we don’t fall. The Collection derives an inimitable musical language from the unbreakable bond between its members. Fronted by David Wimbish, the Saxapahaw, NC-based band places just as much emphasis on interpersonal community and relationships as it does on the music itself.
On their new EP How To Survive An Ending (Nettwerk Music Group, January 2023), The Collection emanates positivity from a place of pure love encoded in a pastiche of alternative, pop, folk, and roots.

This isn’t an overnight success story. This is generating tens of millions of streams across various releases, logging tens of thousands of miles on the road, earning praise from American Songwriter, Glide, Parade, and more, and landing on NPR Tiny Desk Judges’ Picks – all before signing their first record deal.

Over the years, the group has fine-tuned their approach to making music and being together on the road to the point of codifying a signature set of “rules for how to be a band.” Wimbish notes these rules maintain “good boundaries and foster better relationships, better shows, and overall better conditions amongst the crew.”

He reveals, “The first rule is a strict ‘No Sarcasm Rule’. We don’t put each other down or act passive aggressively.” Instead, they’re honest, direct, and open. They take time for therapy and mental health as another rule. “We’re always supportive of each other. We’re listening, we’re trying our best to show up for one another.” It’s clear when you speak to Wimbish about his bandmates that they are real friends. It isn’t just about music or the shows. They really do care for one another.

“We try to give each other constant encouragement, especially on the road” notes Wimbish. “If someone needs a cheerleading session, we pitch in and encourage that person. Before we get on stage, we’ll do breathing exercises together and get everyone in the same place mentally. In general, we try to implement healthy practices—whether we’re on tour or at home. It’s part of who we are and it’s part of our community.”

And that community has only continued to blossom. Following 2014’s full-length debut Ars Morendi, the  band attracted a devout fanbase with Listen To The River [2017] and Entropy [2018]. Among many highlights from the latter, standout single “Beautiful Life” has gathered 6.5 million Spotify streams and counting. At the same time, they became renowned for raucous and rowdy performances. The group has lit up festival stages and crisscrossed the country with The Oh Hellos, RIPE, Tall Heights, and Sammy Rae & The Friends, to name a few.

Of “Blue Day,” the first of the bunch, Parade proclaimed, “Breezy acoustic guitar and a sweet melancholy sentiment help paint this pristine vocal landscape,” and American Songwriter noted, “The raw track evokes a sense of serenity with lofty vocals that eloquently deliver a timely reminder of kindness.” “GET LOST” came along next, which Alfitude hailed as “a song with deeply meaningful lyricism, emotive vocals and a beautifully constructed melody.”