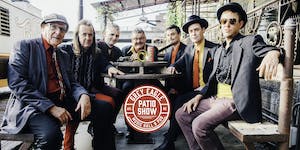 In hundreds of performances since 2003, Firecracker Jazz Band has played everywhere from street corners, secret speakeasies, jazz festivals nationwide, swing-and-swill dance halls, Bonnaroo and the Kennedy Center. Based in the beautiful confluence of plentiful music and majestic mountains that is Asheville, NC, a performance by Firecracker Jazz Band is an explosive, fun-soaked, experience. The band revitalizes traditional jazz with unbounded energy and makes jazz the people’s music once again. With jubilance and vigor paying homage to the pioneers of early 20th century jazz, including that of dixieland and New Orleans, Firecracker Jazz Band carries the still-burning torch that was once lit by such greats as Jelly Roll Morton, Louis Armstrong, Bix Beiderbecke and other heroes of pre-war jazz music.