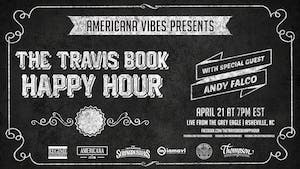 Andy Falco is a Grammy winning guitarist, singer, songwriter and producer from Long Island, New York specializing in American roots music. He is a member of jamgrass band The Infamous Stringdusters who won a Grammy for best Bluegrass Album in 2018. Andy has also performed or recorded with many artists throughout his career including Phil Lesh, David Bromberg, Joss Stone, Levon Helm, Keller Williams, The Travelin’ McCourrys and many more.

Andy spent his formative years playing blues, funk and R&B on Long Island and in the New York City music scene of the 90’s when it was defined by the various small venues curating vibrant musical environments. The scene provided opportunities to learn from and occasionally sit in, jam, or work with many great musicians like Jimmy Vivino, Johnny Johnson, David Amram, Gavin Degraw and Vanessa Carlton.