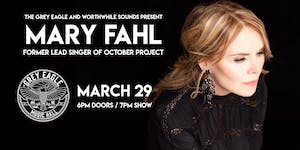 iCal
Google
THIS SHOW HAS BEEN POSTPONED UNTIL FURTHER NOTICE