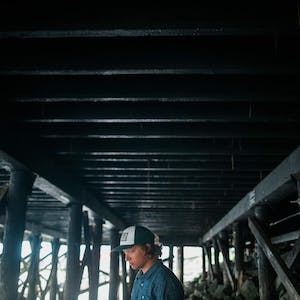 During the sophomore season of a college education, I wrote and produced the 2016 album, Waves, from the comfort of a dorm. The songs from this album recapped the down fall of my first romantic relationship and address the complexity of resilience in the face of heartbreak. During the summer of 2017, I left for Alaska to embark on an existential journey. Encountering the reality of the last frontier, I left with a sense of awakening, inspiring a second collection of songs entitled, the “Echoes Collection,” released in the summer of 2018 as a playlist on Spotify, and as a series of singles on all other platforms.”

Since the release of the first album, Oliver Padgett has opened for Steve Poltz, performed on the world wide Youtube platform Sofar Sounds, submitted an audition for the NPR Tiny Desk Contest and incurred thousands of Spotify listeners across the globe. Currently living in Asheville, North Carolina, new music is set to release later in 2020.