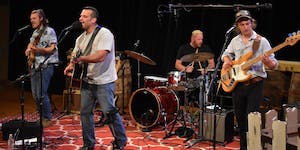 "...the sound of Heller and company is hard to pin down...A natural storyteller...complete with mellow acoustic rhythms and cutting electric riffs...likens his songwriting to that of Kentucky's Chris Knight." - Charleston City Paper

“They make honest to god rock and roll…at times sounding like The Jayhawks or even bigger bands like The Wallflowers…dramatic in the same way Van Morrison or Led Zeppelin can be in their quietest moment.” - Southeast Performer

“…taking the legacy of Redheaded Stranger, Nebraska, Blood on the Tracks, and Son Volt’s Trace in their own hands and hearts.” - Grayson Currin, Independent Weekly