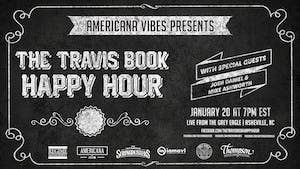 Daniel is a North Carolina singer-songwriter and multi-instrumentalist whose passion and enthusiasm are evident every time he takes the stage. Daniel describes his sound as “Rock n Roll” but it’s much broader than that… Josh is able to mold his influences in to a unique sound that is entirely his own.

Blending rock n roll with bluegrass, funk and soul music with a reggae backbeat, you never know which way he will lead the crowd. By the tender age of 19 Daniel had a full length CD of original music under his belt and performed hundreds of live shows. Since then he has released a catalog of music with his critically acclaimed band The New Familiars that includes several EPs, a full length CD, a live effort and a 45 single with a wonderful cover of the classic soul song “My Girl”.

Raised on the vinyl of the 1970’s where Soul and Rock n Roll played equal parts, Josh’s repertoire is stunning, and estimates he knows “a couple hundred” songs along with countless original compositions which range from complex bluegrass instrumentals to full blown pop classics.

Josh has performed at many national events (MerleFest, FloydFest, Bristol Rhythm & Roots) and along the way has had the privilege of sharing the stage with some legendary musicians like his friend John Cowan (Doobie Brothers) as well as some monsters of bluegrass (Sam Bush, Ronnie Mccoury, Danny Barnes, Mike Marshall).

Daniel’s solo live shows consist of his dynamic vocal range and acoustic skills along with a Digitech looper pedal that allows his improvisational mind to create a unique one-man-band that is like no other. Ever expanding and moving forward Josh’s music continues to push boundaries and has no intention of stopping anytime soon!

Michael Ashworth is a session performer, producer, teacher, and touring artist. He is a multi-instrumentalist, equally adept at guitar, bass, drums, and percussion.

He also teaches and plays banjo, mandolin, keys, dobro, and fiddle. From a musical family, Ashworth “can’t remember a time when music wasn’t a central focus” of his life. An artist that can’t be pigeon-holed, Ashworth’s musical influences run the gamut from John Hartford to John Bonham.

Ashworth’s versatility as a multi-instrumentalist lends itself to session recording. His work can be found on:

Teaching has been a big part of Ashworth’s life for over a decade. In addition to private lessons, he is co-director of the Junior Appalachian Musicians (JAM) program. JAM operates through The Boys & Girls Club of Transylvania County with a mission of teaching traditional Appalachian music to school-age children. His students range in age from five years old to eighty-six.

In 2013, Ashworth signed on to a cross-country tour with Steve Martin & Edie Brickell. Ashworth will join the Grammy-winning Steep Canyon Rangers in supporting Martin/Brickell’s new record Love Will Come For You. Find tour dates and television appearances at stevemartin.com. Most recently, The Steep Canyon Rangers announced Ashworth as a permanent addition to their solo act.