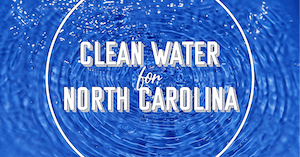 Fruit of Labor Singing Ensemble's songs and music were born out of the struggle of organizing African American workers in the “Black Belt” region of North Carolina and the South. More than twenty two workers, at various times, have participated in this dynamic cultural workers organization. Recruited from workplace and community struggles, they have captured in music oppressed peoples’ and the working class’ history of community and workplace struggles.

In song, they document the tragic Hamlet Imperial Food Company fire which killed twenty five workers in 1991, the Black community of Shiloh’s fight against toxic terrorism during the late 1980’s until 2007 along with the Workers Want Fairness/Organize the South tours from 1989 to 1991 which sought to get international unions to use resources to organize southern workers. “Organize the South” was the call for justice. The United Electrical Radio and Machine Workers, the Union of Needlepoint Industrial Textile Employees (UNITE), the United Food and Commercial Workers (UFCW) and others responded.

From anti-apartheid in South Africa and Azanian liberation to workers solidarity, women’s oppression and liberation, the anti-war movement, black- brown/African American-Latino unity, globalization, run away corporations, justice and jails, youth and hip-hop; the Fruit of Labor’s music and songs speak to the bitter and sweet struggles of the oppressed. Their music beautifully celebrates the fruitful victories of oppressed people and workers’ glorious history, sorrow and joy!

They have created more than 60 songs, some cataloged in their five CD’s: “Workers Want Fairness”, “Weapons of Mass Construction”, “Your Silence Won’t Save You”, “Workers Stimulus Package” and the latest - “State of Emergency”. The Fruit of Labor’s music has been performed before countless rallies, picket lines and marches. It has also been heard in concert halls, schools, colleges, workplaces, churches, communities, Junteenth and Kwanzaa celebrations and on radio stations nationally and internationally. They have performed before audiences throughout North Carolina, in Maine, Connecticut, South Carolina, Georgia, Florida, New York, Michigan, Wisconsin, Ohio, Pennsylvania, West Virginia, Virginia, Illinois, Louisiana, Tennessee and Washington, DC.

Many folks have experienced the powerful political messaging of their lyrics bound up in soul stirring, gut wrenching blues, bouncing to a hip-hop or reggae beat or sliding in and out of a jazz melody with a little scat included. Their lyrics have also been known to get caught up in a 70’s funk beat and break it down rhythm & blues sound. They are even infused, at times, with a bit of pop flavor and, at others, a take them down to the river and lift ‘em up gospel flavor! The Fruit of Labor’s songs and music touches all because it is rooted in our people’s ageless traditions of chants, call and response, spirituals, reggae, jazz, blues, R&B, soul, folk, hip-hop and spoken word. It’s an exciting mixed bag of dancing, energy, down in your bones spiritual and “fightback” coming at you!