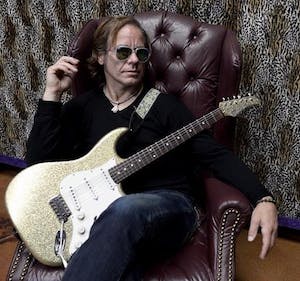 To classify Chris Duarte simply as a Blues Man is an understatement. In his own words, “rockin’ blues” or ”punk blues” describes him best. “Ferocious blues” also fits. Legend has it that Chris will play so hard that his fingers bleed in a set. The legend is true. Photos attest.

Chris Duarte is a road warrior playing more than 150 dates a year. As well, Chris has headlined major festivals and clubs throughout the US, Canada and Europe.

Chris is a savant, a sorcerer of tone, a master at channeling the spirits and sounds of great musicians of our past, while remaining completely recognizable in his own sound. He has shared his stage with many of the greatest musicians of our time as well as the multitude of “young lions” and local musicians he meets on the road. From his many years as a side man in Austin, he easily changes roles from front to side, graciously allowing all to share the conversation of the jam.

Chris Duarte’s music is ever changing. In many interviews, he has said “Music must evolve.” His own early offerings often become magical journeys into changing tempo and jazzy interludes before returning to their core. With such a vast catalog of recordings, there are no two shows alike. Every set list is different, and each song may be offered distinctly, based on the feel of a show and the audience. For those reasons, loyal fans often return to a Chris Duarte show again and again, and always walk away awed and satisfied to have witnessed such a legendary, but humble guitarist.

The Chris Duarte Group emerged on the scene out of Austin, Texas in the early 90’s and gained notoriety after wowing a packed room of industry insiders at the South X Southwest convention. In the wake of Stevie Ray Vaughan’s passing, Duarte quickly gained a National reputation as young man imbued with a playing style comparable at times to the late guitarist. After fielding interest from a number of labels, Duarte signed to Silvertone Records and his debut album “Texas Sugar/Strat Magik” reportedly sold in excess of 100,000 units in the United States, no small feat for a blues/rock guitarist. This coupled with Duarte’s strong commitment to touring, was the impetus for Chris’ winning the “Best New Talent” in Guitar Player’s 1995 Reader’s Poll. He also finished fourth in the magazine’s “Best Blues Guitarist” category that year behind legends Eric Clapton, Buddy Guy and B.B. King. 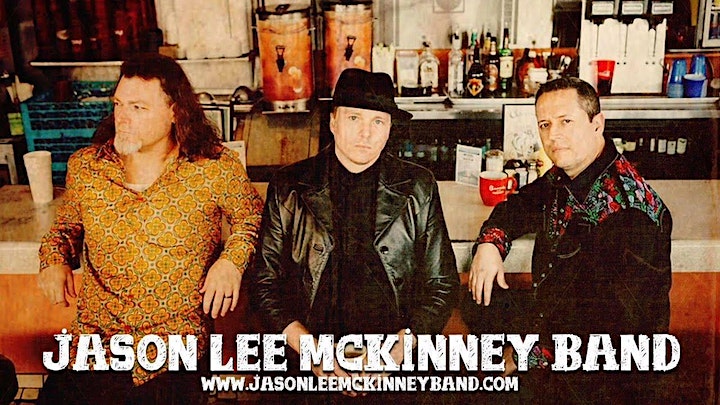 100 songs of the year sandwiched between Sturgill Simpson and Chris Stapleton. In

2018, the band has released their first live album, Live From The Middle East, which

captures one night from one stage showcasing the bands raw energy, heartfelt soul,

East. This lead into a busy 2018 touring schedule highlighted by the headlining slot

at the 2018 Mragowo Country and Folk Piknik fest in Poland, where the band played

to a robust and enthusiastic 8,000 people.

JB and the Moonshine Band, and Josh Turner.

over the last couple of years. In addition to their radio success from Sacred Southern

2015’s Lisha’s Leaving off of Play Something You Believe Vol. 1, 4 Independent

Year, Americana Album of the Year) from 2013’s Troubadours Vagabonds and

Thieves; and a 2018 Josie Music Awards nomination for Americana Song of The Year

from Sacred Southern Soul. This band is fresh but has history; the Jason Lee

McKinney Band has 6 albums, over 75 originals, not to mention the band knows 80

covers songs as diverse as their originals. The band songs narrate a cannon of Sweet

Southern Soul that is drenched deep in Americana soil, blending elements of

Samantha Fish, Patty Griffin, and Jim Lauderdale) working on the album Pieces (not

yet released). The band feels it is their best yet and takes things to another level.